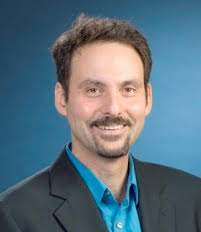 Alexander M. Wyglinski is co-chair of the Community Development Working Group for IEEE 5G and president-elect of the IEEE Vehicular Technology Society. He is also Associate Professor of electrical and computer engineering and Director of the Wireless Innovation Laboratory at Worcester Polytechnic Institute. In this interview, Dr. Wyglinski discusses mobile communications and automotive applications and spin-off applications such as the Internet of Things.

Question: Would you briefly describe how you became involved in the IEEE Vehicular Technology Society?

Alex Wyglinski: My involvement with vehicular technology started at the 2000 IEEE Vehicular Technology conference in Boston with my second, published conference paper, and the connection has grown.

My academic interests have revolved around wireless communications and networking. After earning my doctorate in electrical engineering from McGill University in 2005, I moved from Canada to the United States. At the University of Kansas, 2005-07, I began exploring applied aspects of wireless communication technology, including software-defined radio (SDR), which has many applications.

In 2009 I got involved with the Toyota InfoTechnology Center in Silicon Valley, which was interested in how SDR and cognitive radio can create reliable wireless links between vehicles in various traffic scenarios. The big issue was spectrum scarcity, particularly in high-density traffic environments. That experience cemented my interest in wireless technology for cars to communicate with each other. Since 2007 I’ve been working at the Worcester Polytechnic Institute, where I founded and direct the Wireless Innovation Laboratory.

By 2015 I was involved in the Board of Governors of the IEEE Vehicular Technology Society, initially as the chapter’s committee chair, then as its VP of membership, now as its executive vice president, which translates to president-elect in 2018.

I’m currently working on several National Science Foundation grants that focus on connected vehicles and autonomous vehicles. The questions really remain: how do you make reliable wireless connections between vehicles in order to support safety and eventually to support driverless cars?

Question: What is the fundamental driver for mobile communications for vehicle-to-vehicle (V2V), vehicle-to-infrastructure (V2I) and vehicle-to-everything (V2X) applications?

Wyglinski: The fundamental driver is safety. The U.S. Department of Transportation announced in 2013 that by the end of President Obama’s administration all new cars would be connected. In fact, we’re heading that direction: all vehicles manufactured in 2016 onward in the U.S. are required to have rear-facing cameras. The efforts toward improving safety inevitably involve connectivity. As readers know, OnStar was an early illustration of this effort and there’ve been other examples of connected cars. So we know that connectivity is the new goal, but no one really knows yet what exact technology or technologies will deliver it and what information would even be shared between vehicles. That’s an absolute requirement if we’re going to have driverless vehicles. Then there are factions; some think cars need to be constantly connected and others think cars will only need periodic bursts of information. Some even think that a truly autonomous vehicle should not be connected, because it should make its own decisions.

If you accept that connected cars are the way to go for safety, then we explore the applied technologies. One requirement will be low-latency communications, which I’m exploring in my research. It’s about getting that information from point A to point B as fast as possible. There’s a real challenge to achieving super-low latency, say, in 1-2 milliseconds.

One focus of mine for the past decade or so has been the procession of related technologies such as SDR, which leads to cognitive radio, which leads to something that learns and adapts and makes decisions about, for instance, avoiding an accident.

Another area I work in is spectral bandwidth and having enough of it. At the moment the connected car needs to communicate, what is the availability of spectral white space? What does the immediate wireless environment look like? Who else is “out there”? Where do I want to transfer my information? How do I establish that connection? And can I transfer critical information with super-low latency? These have been and remain truly technically challenging problems. Spontaneous access to wireless spectrum is a problem I’ve been working on for a dozen years and it is still a wide-open problem across all levels. I think 5G promises to solve that challenge through a cognitive radio path.

Question: It appears that two main technology solutions are being explored: 5G and dedicated short-range communications (DSRC). Would you compare and contrast them for us?

Wyglinski: To address the main technological difference between IEEE 802.11p™ and 5G, 11p is what we call a contention base. It’s like Wi-Fi. Anybody with a mobile device and a password can connect, but the data speeds aren’t super-duper fast. In contrast, 5G promises high speeds and low-latency, but performance may be impacted by large numbers of cars in a dense traffic situation. It is conceivable that a hybrid approach could use the best of both methods for connectivity.

Both approaches tend to have their supporters. I’d note that the IEEE 802.11p standard has been ratified, while we have a ways to go on 5G. If you search for “DSRC transceiver,” you can actually buy one. On the other hand, 5G technology is not really available yet, certainly not in the form that we need for V2V communications. In the IEEE VTS we explore all mobile wireless technologies. We don’t take a stand.

However, I’m personally skeptical that 5G in its cellular configuration will provide the super-low latency needed to avoid accidents and for other safety applications. I think that’s achievable if the vehicles communicate directly between each other at short range, but it’s challenging if a vehicle must first communicate with a base station, which then communicates with other vehicles.

All of this falls under the concept of “digitized transportation,” which describes innovations that focus on onboard and mobile networks that provide information on vehicular functions and that has less to do with engines, chasses and brakes. And IEEE VTS is well positioned to have a significant impact on these sorts of next-generation transportation systems.

Question: What do you see as the obvious spin-off applications from the work on connected cars?

Wyglinski: If we can solve the challenges of mobile communications with hundreds or thousands of swiftly moving vehicles for safety, we will have gone a long way to resolving the challenges inherent in connecting the Internet of Things (IoT). Although the IoT represents an unprecedented challenge in terms of scale. I tend to think that’s a 5G-related solution. Connecting a gazillion devices will be the revolutionary aspect of 5G.

Question: Where do we stand today in making connected vehicles a reality?

Wyglinski: On the 5G arc, we’re still ascending the curve. We see companies making public commitments to make 5G happen. But the technology is far from mature. One area being explored is millimeter wave radio, which is a very tricky technology, though it has been around for a while. Automotive radar relies on millimeter wave radio. People know of the technology, but applying it in connected vehicles will require significant effort from both academia and industry, particularly in writing standards and translating research into products.

It’s going to take a few years, but these are very exciting times. One issue we haven’t touched on is that we’ll need to connect multiple devices or vehicles in a small area, all accessing spectrum without interfering with the others and form reliable links. In a vehicular setting, the potential monkey wrench is doing all this on a highly dynamic topology – numerous cars moving in different directions at various speeds. This remains very much a research and development issue. It's a great time to be doing research in this area. I’d forecast some level of technology maturity in, say, five years.