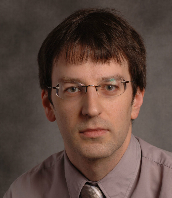 James Irvine is chair of the IEEE 5G Web Portal and Content Development Working Group and co-chair of the IEEE 5G Community Development Working Group. He is also Secretary of the IEEE Vehicular Technology Society, a past president of the Society and founding editor-in-chief of the IEEE Vehicular Technology Magazine. Dr. Irvine is a Reader in the Department of Electronic and Electrical Engineering at the University of Strathclyde in Glasgow, where he leads the Mobile Communications Group. In this interview Dr. Irvine discusses the implications of 5G mobile technology for connected cars, and related topics.

Question: Would you briefly describe your academic work as well as your interest in the IEEE Vehicular Technology Society?

Irvine: My main research interest at the University of Strathclyde is in advanced cellular communications and in wireless security. In essence, we work on security and privacy for future wireless systems. As for the IEEE Vehicular Technology Society, I should mention at the outset that it has a long history. It started as the Vehicular Communications Group in the Institute of Radio Engineers in 1949. In those days, “mobile” phones were car phones, which filled the entire trunk of a vehicle. Today, we have three areas of interest within the Society: mobile communications, automotive electronics and land transportation. Automotive electronics covers collision avoidance, entertainment systems, even electric vehicle propulsion. Land transportation covers public transit such as railways, tramways and metro systems. We’re very much an applications-oriented society. Instead of just looking at underlying technologies, we’re focused on bringing those technologies together to provide products for consumers. Today, more than half the value of a new car is in the electronics. Cars are no longer mechanical devices, they’re primarily electrical devices, even if they rely on traditional internal combustion engines. And the Society bridges a gap between onboard vehicular technology and the wireless communication required for connectivity between vehicles or between vehicles and cellular networks or the cloud.

Question: The cutting edge in the latter area is the connected car and, at least in the headlines, the driverless car. Would you provide a little insight into the respective challenges faced by each?

Irvine: Both areas are “sweet spots” for 5G technology. The “connected” in connected cars is driven by safety concerns, and 5G technology offers much higher data speeds, much lower latency, flexible networks and other features that will greatly improve safety for driven cars. Inter-vehicular communication via 5G will make each vehicle into a network node. This level of connectivity will apprise drivers and their vehicles of the direction, speed and behavior of other vehicles or known road hazards, lessening the likelihood of crashes. Achieving this sort of functionality in dense, urban traffic, where it is arguably needed the most, will be a challenge. Internally, electrification of the vehicle’s key functions and an in-vehicle 5G network will enable better awareness of the status of the car’s systems and presumably alert the driver to conditions that lead to system failures before they happen. And then there may be contextual services, such as 5G- or Wi-Fi-equipped parking meters that could ping your vehicle when there’s an open spot within a set distance. The notion of driverless cars certainly is sexier, but I see significant practical hurdles. One challenge is the business case and related insurance concerns.  Fully autonomous vehicles may require a ubiquitous infrastructure for infrastructure-to-vehicle communications. The density of the necessary sensors would be costly to build and maintain and would appear infeasible, particularly outside of dense urban areas, where public transport would be available. Then there’s the question of liability. Once the driver is no longer in the equation, any serious accidents would set such a program back by many years. And which party or parties would be liable in a crash? The vehicle manufacturer? The network operator? That worries insurance companies. So, I don't see significant deployment of driverless vehicles outside of relatively slow-moving, urban delivery services in the near future. People are talking about driverless vehicles being on the road in 2020, but I think they're going to be delivery vehicles and a couple of very brave individuals riding along.

Question: What are some of the wireless connectivity challenges in these scenarios?

Irvine: There are two essential aspects of the communication needs for a car, not counting entertainment. One is for the car to know exactly where it is, and have excellent contextual awareness. A lot of that can be accomplished, for example, through cameras positioned along the roadway. The car can work out where it is from information from those cameras, though that information has to be processed quite swiftly. But if you want a vehicle that's completely autonomous it has to map the environment by itself and that involves challenges in artificial intelligence. Appearances notwithstanding, humans are really good at that sort of complex management of information and driving a car in dynamic circumstances.

Then there's also research into driverless cars within known environments. You’ve mapped the environment and you know the location of the road, possible dangers and where traffic gets delayed. You want to know exactly where the car is and that it is alert for changes that could cause a problem. In that case, you’d want to get that information to the vehicle so it can update its internal map. The vehicle would send that updated map back into the cloud so other vehicles can use it. Such a vehicle would also need to transmit up-to-the-moment data between vehicles, probably in milliseconds, alerting others to pending actions. “I’m slowing down due to an obstruction, so be aware that I’ll be blocking your path.” In reality, in an urban environment, traffic probably isn’t going very fast, so extremely low latency may not be needed. But you do have to have very high reliability. And in any wireless system, it can be difficult to ensure that high reliability.

Question: What are the possibilities for a hybrid system that uses both vehicle-to-vehicle communication as well as vehicle to infrastructure?

Irvine: A hybrid model would indeed make life much easier. You have a known environment, lined with sensors. However, you run up against the business model. If you’re thinking of deploying a sensed environment across an entire nation, that’s going to be horrendously expensive. Who’s going to pay for that? And who’s going to pay to maintain it? I think a practical driverless solution is going to have to work with a minimal amount of infrastructure. And that's the challenge.

When you add the fact that people drive recreationally, for pleasure, and consider the vast numbers of ordinary vehicles on the road today, I just don't see a complete transition to all driverless cars happening. Cultural factors may be more powerful than technology. Some people are going to love the idea of not having to drive a car. But a lot of people are going to take a stand against that idea. And it’s going to take a long time to change that mindset.

Question: Would you describe a likely scenario for the years ahead?

Irvine:  I foresee an incremental approach as technical, business, practical, and cultural factors align. You might see driverless delivery vehicles in dense urban areas – something like golf carts on steroids – though a delivery may still require a person in the vehicle to make that delivery. And it’s possible that driverless transport on major roadways between cities could happen. Meanwhile, connected cars, enabled by 5G technology and driven by humans, will proliferate and safety will gradually improve.

The catch here is that 5G coverage would need to be nationally ubiquitous and you’d want that for a variety of reasons – emergency services, healthcare, education, access to the global community. So perhaps we’re looking at ubiquitous cellular coverage that creates multiple value streams, supported by multiple stakeholders and, thus, cost-sharing that makes the cost of supporting connected cars more feasible.