A strong, diversified cross-industry ecosystem is crucial for the success of the 5th Generation mobile communications (5G). In order to build such an ecosystem and promote joint innovation of 5G with partners from telecom, internet, and vertical industries, China Mobile has launched the 5G Joint Innovation Center. This paper presents the vision, objective, working scope and progress of the Center. Several pioneer projects are presented.

The 5th Generation mobile communications (5G) has been a global focus attracting growing attention and efforts in both academia and industry. With new capabilities to provide massive machine type communications (mMTC), very high date rate as enhanced mobile broadband (eMBB), ultra-low latency and ultra-high reliability (uRLLC) [1], 5G becomes the key component for future innovations and enabler for many areas, such as the manufacturing industry, transportation, and agriculture. Therefore, cross-industry collaborations are crucial for the success of 5G. By cementing strong relationships and fostering deep and extensive cooperation with cross-industry partners, a healthy and thriving 5G ecosystem can be fulfilled.

China Mobile launched the 5G Joint Innovation Center (the Center henceforth) in February 2016. The Center has been focusing on how the three important 5G capabilities i.e. mMTC, eMBB and uRLLC enable the development of several innovative areas, such as Internet of Things (IoT), Internet of Vehicles (IoV), Industrial Internet, Cloud Enabled Robot and Unmanned Aerial Vehicles (UAVs), and Augmented Reality (AR)/Virtual Reality (VR), just to name a few, during the evolution process from 4G to 5G.

It will serve as a platform for telecommunication vendors, operators, and vertical industry partners to work together to build 5G cross-industry ecosystems. It facilitates new business value propositions, incubates innovative applications and products, and establishes an inclusive and win-win ecosystem.

So far, the Center has planned and launched 17 joint initiatives in the areas of IoT, IoV, Industrial Internet, Cloud Enabled Robot, Virtual Reality and Unmanned Aerial Vehicles (UAVs), where a total of 112 partners are actively involved.

The use of UAVs started in military applications. Recently, it is rapidly expanding to recreational, commercial, scientific and other applications, such as aerial photography, police security and surveillance, product deliveries, and agriculture. For the time being, the transmission of secure commands, control and communication data for UAVs are carried by private connections using unlicensed spectrum, mostly Wi-Fi, between UAV and controllers. Those technologies have several disadvantages including relatively limited coverage range (no more than 10 km), interference due to unlicensed spectrum, and high cost of human resources (each UAV equipment needs a drone pilot). In particular, as the channel gets crowded, the interference between Wi-Fi based applications becomes increasingly problematic. Consequently, the number of UAVs that can operate in the same coverage area is limited. Such issues can seriously restrict the widespread use of UAVs. [2][3]

The ‘Connected UAVs’ enabled by 5G mobile networks will greatly expand the application scenarios of UAVs, with the ability to support high-definition video image transmissions, Global Navigation Satellite System (GNSS) precise positioning, wireless remote control, UAV-supervision and so on. Therefore, this project aims to build 5G mobile network capabilities to support the requirements of connected UAVs and promote the development and application of UAVs. For example, the very high data rate capability can support 4K high-definition video images, and AR/VR signal transmissions. The ultra-low latency and ultra-high reliability can support precise remote control and precise positioning. In addition, the 3-dimensional coverage capability with massive antenna technologies can provide always on service for UAVs.

To verify the ‘connected UAV’ idea, preliminary tests in the current 4G networks have been done. The trial results indicate that: (1) the signal strength at 120m altitude is at a satisfactory level (-80dBm ~ -100dBm); (2) the data throughput at 120m altitude can achieve 4Mbps to fulfull 1080P video requirements but the performance can’t be guaranteed at all times. The results indicate that 4G networks could only support partial requirements; therefore 5G networks are necessary for the realization and utilization of connected UAVs. This project will build a 5G trial network, test all the requirements of connected UAVs and corresponding network parameters to provide guidance to 5G deployment strategies. Innovative connected UAV applications such as real-time 360-degree AR/VR video, goods delivery, and others in 5G networks will be used to inspire the UAV industry.

APP based Bike-sharing is one of the most popular innovative services in China in recent years. The central concept of this service is to provide affordable access to ‘dockless’ bicycles for short-distance trips in an urban area as an alternative to motor vehicles for short distance traffic, thereby reducing traffic congestion and air pollution. Bike-sharing service providers place a massive number of bicycles in city areas, especially near major commercial hubs and subway/bus stations without fixed docks. Users could find a sharing bike with GPS and pay just a small fee with a mobile app to use the bike and at his destination put the bike in a proper place for next user to use.  This bike-sharing service is booming in China very quickly. As of this writing, the total number of sharing bicycles is around 16,000,000 and the user number is already above 130,000,000. [4][5]

As the bike is equipped with a smart lock embedded with GPS and a mobile network module, it is connected to the management platform via mobile internet. Therefore, the user can open it through a smart phone app. After operating in many cities with such a large number of bicycles and users, all service providers encountered 3 key common challenges: 1) the current cellular network cannot sustain massive connections from bicycles in dense areas, especially because it can cause several seconds of latency unlocking the bike which leads to a bad user experience; 2) due to the limited coverage of current networks, bicycles cannot be found if they are parked in basements or inside a building which makes the locking and unlocking processes inoperable; and 3) even though some bikes have integrated charging solutions, how to extend bikes’ operation time with a given amount of power still remains an important issue.

To solve the above challenge, several bike sharing companies joined the Center. The Center has introduced NB-IoT and eMTC as pre-5G technologies in the Smart Bike-Sharing project. The most important advantages of these technologies are: 1) massive connection, tens of thousands of connections in one cell, and 2) a wider area coverage and at least a 20dB gain in terms of deep indoor penetration. Additional optimization on NB-IoT proposed in the Center includes adaptive initial access to reduce latency, and dynamic time-sharing to lower power consumption. Preliminary tests the Center conducted together with a bike sharing company indicated that the bike unlocking latency is less than 3.5Sec with a 90% or higher probability, when 3000 connections occurs per hour; whereas the battery life extends 14%, from 51 to 58 days The coverage enhancement of 20dB is verified in the trial as Figure 4 shows:

Thus pre-5G technologies offer a promising platform to enable commercialization of very large scale bike-sharing services. Considering that 5G systems will provide 1 million connections per square kilometer and millisecond end-to-end latency, hence improving system capacity as well as user experience even further, this project will focus on such performance improvement opportunities of bike-sharing applications in the next phase.

Virtual Reality has captured the world's imagination. As more and more people in China enter the middle class, the entertainment industry in China has seen explosive growth in recent years with $54B of revenue in 2016. Meanwhile, China's content industry is undergoing restructuring and new developments. The traditional media is actively looking for new breakthroughs on content delivery [6]. Because it provides an unprecedentedly immersive experience, VR has significant potential to change the whole entertainment industry. Moreover, VR has the capacity to revolutionize various other verticals, such as the medical, education and retail industries.

One of the most prominent characteristics of VR applications is its demand for computing power. Mobile VR is envisioned to be the future due to its low price, compact size, and portability [7]. However, due to currently limited issues including energy consumption, heat dissipation and form factors, the processing capability of the mobile terminal cannot meet the VR requirements (e.g. high-complexity computation and low latency), and the performance gap is growing. This inevitably leads to unsatisfactory quality of experience (QoE). The mobile edge capability of 5G can solve this issue elegantly by migrating most of the processing to the network, instead of only resorting to ramping up the mobile chip capability. 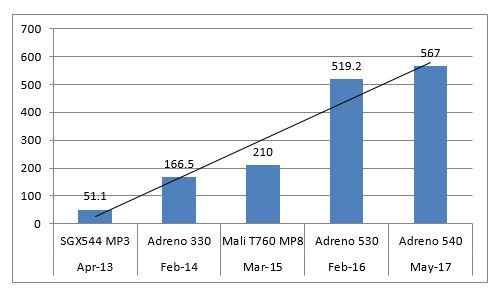 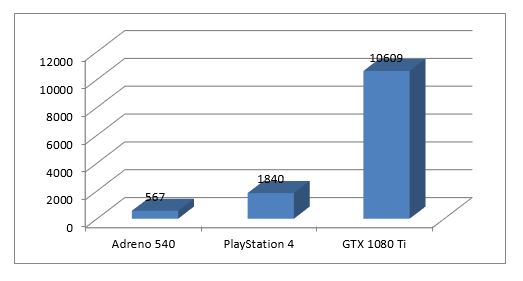 This project is developing efficient algorithms partitioning VR processing between the MEC with a virtualization platform in a 5G network and 5G connected mobile VR terminals. 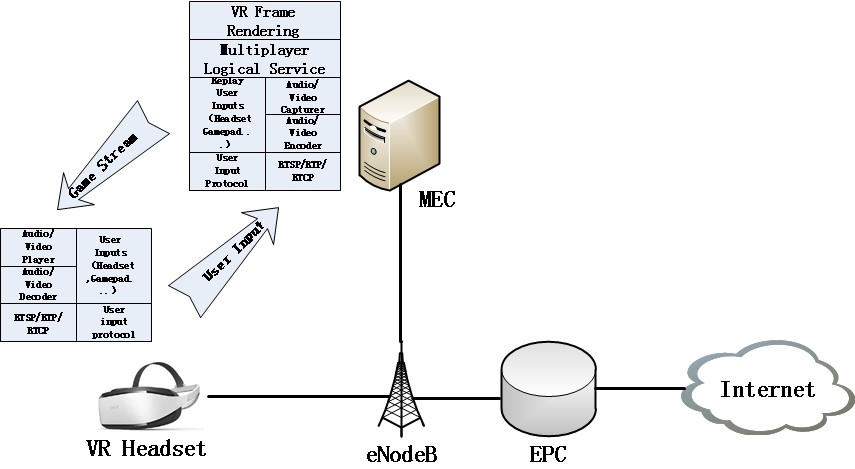 A 2K VR multiplayer game has been implemented to verify the proposed architecture. The VR headset decodes the stream and visualizes the game, then sends its commands to the MEC server. All game related calculations such as the strategy and rendering are carried out by the MEC server which then sends the stream to the VR headset. The end to end RTT of the TD-LTE network is measured by 20ms, and the downlink bandwidth is about 30Mbps. This proposed architecture efficiently supports the 2K VR over 4G+ and 4K/8K/3D VR over 5G, as shown in Figure 9. 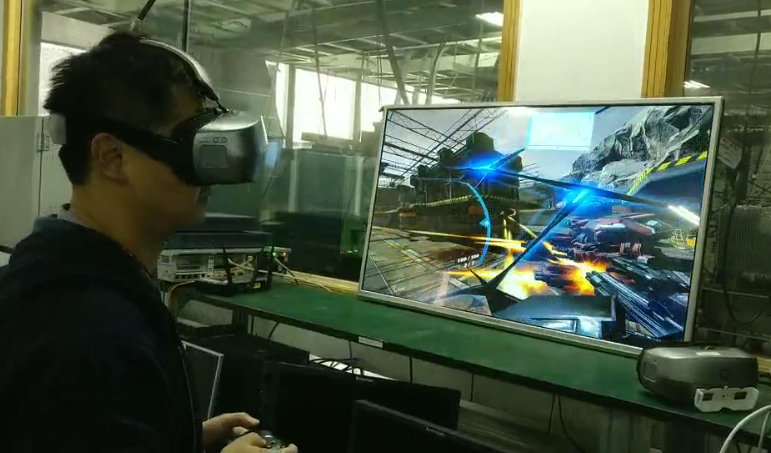 5G will accelerate the arrival of the “Internet of Everything” Era, hence reshaping society and changing people’s everyday lives in a profound way. In the near future, China Mobile 5G Joint Innovation Center will strive to form even closer partnerships with international organizations and industry alliances. Such efforts will build an essential foundation for a prosperous 5G era.

Huang Yuhong graduated from Beijing University of Post and Telecom and joined China Mobile in 1996. Now she is the Deputy General Manger of China Mobile Research Institute and responsible for the work of wireless technology, terminal technology, test technology and customer & market research. She has participated in several important projects such as technical and strategic research, specification, test and trail of GSM900/1800, GPRS/EDGE, CMNet, WLAN, 3G and 4G TD-LTE. Huang now leads the research and standardization work of LTE evolution and 5G. She served as the vice chair of 3GPP SA and now is a Steering Committee Member of NGMN and the Secretary-General of Global TD-LTE Initiative (GTI).

Yang Guang received the B.S. degree, M.S. degree and Ph.D degree in wireless communication from Beijing University of Posts and Telecommunications, Beijing, China, in 2001, 2003 and 2006. From 2006 to 2011, he was a project manager of China Mobile Research Institute. He was the Vice Director of wireless technology department of China Mobile Research Institute since 2011. His project of “TD-LTE technology and commercialization” won national top prize for scientific and technological progress. His current research interests include 5G eMBB, cellular V2X and celluar IoT related techniques and test systems.

Jiang Yu received the Ph.D degree in wireless communication from Beijing University of Posts and Telecommunications, Beijing, China, in 2009. From October 2007 to January 2009, he was a visiting researcher in Aalto University, Helsinki, Finland. From 2009 to 2015, he was a project manager of China Mobile Research Institute, focusing on promoting the development of TD-LTE ecosystem and global deployment, during which he also worked as a staff for Secretariat of GTI (Global TD-LTE Initiative). Since 2016, he has been working for the operation of China Mobile 5G Innovation Center, aims to build healthy 5G ecosystem and promote joint innovation cooperation among telecom and vertical industries.

Shen Xiaoming received the B.S. degree in Electronic Engineering and M.S. degree in Telecommunication and Information from Beihang University, Beijing, China, in 2008 and 2012. Besides, she received M.S./Engineer Degree in Signal and Image Processing from INP Toulouse-ENSEEIHT, Toulouse, France, in 2011. From 2012 to 2014 she worked in Ericsson as a TD-SCDMA/TD-LTE physical layer engineer in Beijing, China. She has been a project manager of China Mobile Research Institute since the end of 2014, focusing on the 4G/5G market promotion and cross-industry innovation.

Ke Li is a Software Engineer in China Mobile Research Institute and drives China mobile's initiatives on power efficiency and performance optimization for OTT service. He has great research and industry experience in both telecommunication and computing energy efficiency. He has Masters in Electrical Engineering and has 10+ experiences working on protocol stack designing and mobile service optimization.