On Consideration of the RAN Slicing - From the Operator's Perspective

Abstract
5G provides the capability to support various services, which means the original one-size-fits-all architecture and functions cannot satisfy the diversified requirements of different scenarios. As one of the most promising service-oriented technologies, end-to-end network slicing was put forward to support the 5G provisions. As a vital part of the end-to-end slicing, the RAN slicing is still under-developed. This article provides a detailed investigation on the RAN slicing with functional explorations and operational procedures, hoping to give heuristic approaches to the implementation of the RAN slicing.
Keywords: RAN slicing, OAM, QoS

1. Introduction
The 5G era is coming near. As an evolutional generation of the mobile network compared to 4G, 5G is required to support vertical industrial scenarios, which gives 5G the strong capability to explore the blue sea of the telecommunication industry. Consequently, the whole network is demanded to become more service-driven and user-centric. Under this circumstance, end-to-end network slicing was proposed to satisfy the above-mentioned characteristics of the new network.

From the operator’s perspective, the end-to-end mobile network is made up of three parts: the core network (CN), the transmission network (TN) and the radio access network (RAN). According to the current progress of standardization on slicing, the detailed description on the network slicing in CN has been adopted by 3GPP SA2 in TS23.501 [1]. In addition, ITU-T SG-15 recently approved the proposal on the Slicing Packet Network (SPN) [2] as a candidate scheme of TN for further study. Compared to the rapid standardization pace in CN and TN, the work on the RAN slicing is comparatively slow in progress.

Different from CN and TN, the characteristic of the air interface indicates that the sharing of radio resources provides the most efficient way of resource utilization, which is still the design logic of 5G New Radio (NR), i.e., 5G RAN. Although 3GPP RAN3 has given several solutions on the setup procedure for the RAN slicing instance in the Study Item (namely, TR38.801 [3]), this topic is still controversial, especially on the detailed descriptions of the supported functions, let alone considering the interaction with Operation, Administration and Maintenance (OAM) entity.

2. Why investigate RAN slicing?
One may argue that there’s no need to adopt the RAN slicing, which can be replaced by precise QoS manipulation of Data Radio Bearers (DRBs) without breaking the design logic of resource sharing. In fact, it cannot be denied that the sharing on resources including calculation, storage, radio and frequency maximizes the network utilization. After the introduction of the RAN slicing, the base-stations have to be able to configure more dedicated resources, which may have an impact on the resource exploitation. From the perspective of operators, however, providing customized services in terms of dedicated resources indicates a possibility to improve the Quality-of-Experience (QoE) for users, compared to the strategy of the total resource sharing. In addition, the RAN awareness of the slice information is suitable for the adoption of the user-centric network, enabling the RAN to make better scheduling judgment, which trades off between the resource utilization and the user satisfaction.

It should be noted that several attempts on Proof-of-Concept (PoC) tests on the RAN slicing have been carried out in academia [4]-[6], including the theoretical analysis, the algorithmic investigation, and the prototype demonstration, etc. All of them have shown remarkable performance improvement, which indicates the practicability of the RAN slicing; however, none of them have provided a systematic exploration on the feasible functions for the RAN slicing, nor did they propose any operational procedures. As a result, this article is aiming at offsetting these gaps by providing detailed discussions in the following two parts. 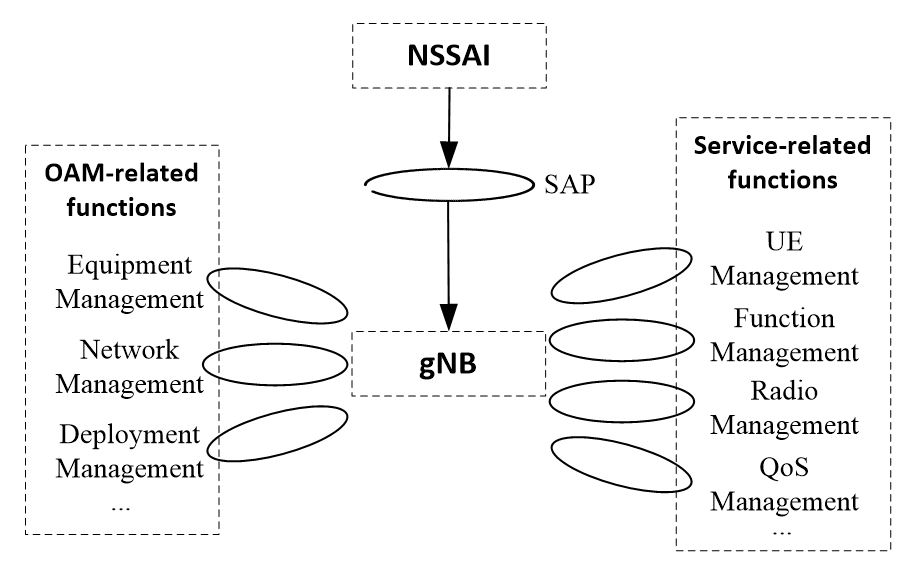 Fig. 1: The proposed functions related to the RAN slicing

Secondly, the service-related functions are investigated, which is composed of User Management (UM), Function Management (FM), Radio Management (RM) and QoS Management (QM). The separate descriptions are obtainable as follows:

In summary, the above analysis aims at inspiring the work on the functional exploration subject to the RAN slicing, and the feasible functions are not restricted to ones listed above; hopefully more extensions could be introduced for further study.

4. The setup/modification procedure for the RAN slicing instance
This part gives an overall setup/modification procedure for the RAN slicing instance which is shown in Fig. 2; in particular, the procedure involves the interaction with OAM from the operator’s perspective. Generally speaking, the procedure is triggered by NSSAI sent from 5G Core (5GC). And the gNB is responsible to produce the scheme to support the RAN slicing, with the aid of OAM-related and service-related functions specified above and configure corresponding UEs through Radio Resource Control (RRC) signaling.

Firstly, the UE interacts with 5GC to perform the selection of Access and Mobility Management Function (AMF) through Non-Access Stratum signaling (which is transparent to RAN and UE Access Stratum), determining requirements of the end-to-end network slicing based on the selected S-NSSAI, which may imply the isolation information for this slice.

Next, 5GC informs RAN to setup or modify the RAN slicing instance which is within RAN’s capability by sending NSSAI. An NSSAI may contain multiple S-NSSAIs, each of which corresponds to a specific SLA. Note that the NSSAI can be carried on different messages (which are given in Fig. 2) by listing all S-NSSAIs for each PDU session. After RAN obtains the NSSAI, the six-step procedure for the RAN slicing starts. 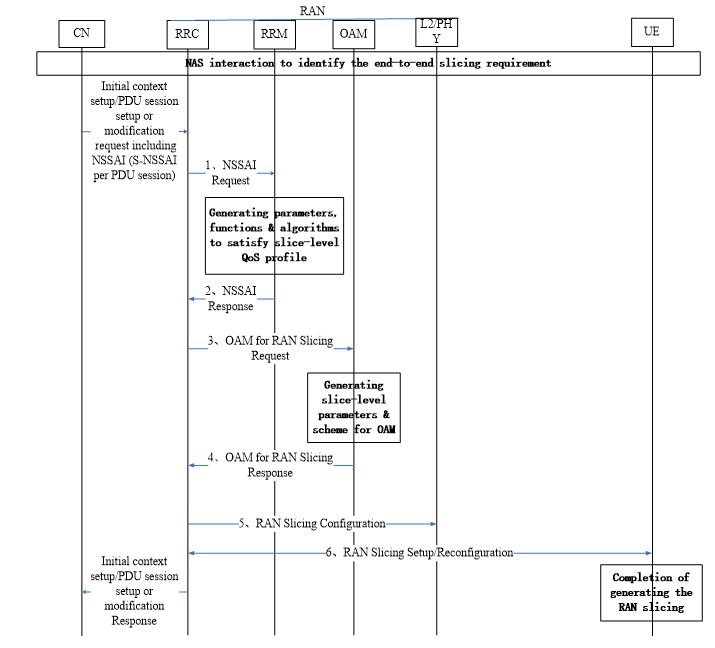 Figure 2: An overall setup/modification procedure for the RAN slicing instance

After the completion of the above 6 steps, RAN sends response back to CN, which means the successful establishment/modification of the RAN slicing instance.

5. Conclusion
The RAN slicing contains huge potential to be one of the most practical technologies in 5G NR. As a result, it is believed that work on the RAN slicing is becoming more and more valuable. This article presents opinions on functional exploration and procedural descriptions on the RAN slicing from the perspective of operators, which only makes a quick glance at current progress on the RAN slicing. With deeper investigations on related topic, there are many more standardization and algorithmic research to study on. In order to clarify the problems related to the RAN slicing, any further technical discussions from any organizations are welcomed.

Chih-Lin I received her Ph.D. degree in electrical engineering from Stanford University. She has been working at multiple world-class companies and research institutes leading the R&D, including AT&T Bell Labs; Director of AT&T HQ, Director of ITRI Taiwan, and VPGD of ASTRI Hong Kong. She received the IEEE Trans. COM Stephen Rice Best Paper Award, is a winner of the CCCP National 1000 Talent Program, and has won the 2015 Industrial Innovation Award of IEEE Communication Society for Leadership and Innovation in Next-Generation Cellular Wireless Networks.

In 2011, she joined China Mobile as its Chief Scientist of wireless technologies, established the Green Communications Research Center, and launched the 5G Key Technologies R&D. She is spearheading major initiatives including 5G, C-RAN, high energy efficiency system architectures, technologies and devices; and green energy. She was an Area Editor of IEEE/ACM Trans. NET, an elected Board Member of IEEE ComSoc, Chair of the ComSoc Meetings and Conferences Board, and Founding Chair of the IEEE WCNC Steering Committee.

Sun Junshuai received the M.S. degree in CST from Xidian University, Xi’an, China, in 2005. From 2005 to 2013, he worked in CATT as a TD-SCDMA/TD-LTE L2 engineer, SE, team leader and the director of high layer technology department. Since 2013, he has worked as a researcher in CMRI. He has great R&D and industry experience in both telecommunication and radio resource management, based on which he puts forward MCD (Multiple centralized and distributed) design logic of the protocol stack. His current research interests focus on the architecture and functionalities of wireless protocol stack.

Xingyu Han received the Ph.D degree in electronic engineering from the department of EECS, Queen Mary University of London, UK, in 2016. Since 2017, he has been working as a researcher and project manager in Green Communication Research Center of China Mobile Research Institute, focusing on promoting the development of the protocol stack for 5G NR and beyond. He is now tracking the progress of 3GPP RAN2&3 and contributing to the related Working Groups. His current research interests include the system design of the protocol stack, the innovation of RAN architecture and the application of Wireless Big Data.

Wang Yingying received the B.S. degree and M.S. degree in Communication and Information System from Xidian University, Xi’an, China, in 2007 and 2010. From 2010 to 2015, she worked in NPC and Spirent as a senior LTE L2 software engineer. Since 2015, she has worked in CMRI as a Wireless access network researcher. She has great research and industry experience in telecommunication. She focuses on the architecture and functionalities of wireless protocol stack of RAN.

Huang Xueyan received the master degree in wireless communication from Beijing University of Posts and Telecommunications, Beijing, China, in 2015. From October 2015 to 2018, she was a protocol researcher of China Mobile Research Institute, focusing on user plane protocol stack research. She has more than one year 3GPP experience, and mainly follows RAN3 CU/DU architecture/interface and RAN2 user plane function design and optimization.