Seamless Networks for Beyond 5G

Various types of transmission media including optical fibers, millimeter-wave links and THz links will be required in future mobile networks to offer high-speed and low-latency wireless transmission for many terminals. To mitigate congestion of radio spectrum, traffic over microwave bands should be minimized by using seamless networks where waveforms for radio services to connect end-users are transferred over optical fibers, millimeter-waves, THz-waves, etc. This article provides overviews of the seamless networks comprised of various types of transmission media with direct signal conversion.

Fifth-generation mobile network (5G) should meet the requirements of the following three use cases: 1) enhanced massive broadband (eMBB) which transfers multi-gigabyte on demand, 2) massive machine type communications (mMTC) which connects many terminals and sensors, and 3) ultra-reliable and low-latency communications (URLLC) which enables rapid feedback for mission-critical applications such as autonomous driving [1]. However, it would be rather difficult to provide services, simultaneously, for the three use cases, due to limitation of available radio spectrum, where spectral congestion is very high especially in microwave bands. Beyond 5G or sixth-generation mobile network (6G) would provide these three functions (eMBB, mMTC, and URLLC), simultaneously, by generalized seamless networks consisting of various transmission media such as optical fibers, free space optics (FSO) and high-frequency radio-waves including millimeter-wave (MMW) and THz-waves.

This article focuses on hardware for spectral congestion mitigation and latency reduction. Occupancy of spectrum in THz bands (0.1-10 THz) is low as of now [2]. Thus, we can relax the spectral congestion by using THz or MMW links instead of microwave links for connection of many terminals. THz-wave realized over 100 Gb/s high-speed wireless transmission by using wide available radio spectrum. However, the transmission distance would be shorter than a few hundred meters, due to large propagation loss in the air. Thus, many base stations (BSs) and remote antenna units (RAUs) would be required to provide wide coverage [2]. Optical fiber links are commonly used to connect BSs and RAUs. However, it would be rather difficult to connect all the BSs and RAUs only by optical fibers, because the number of BSs and RAUs should be much larger than in conventional mobile networks. Signals in different transmission media such as lightwave and THz-wave can be directly and seamlessly transferred in the seamless networks where media converters can provide low-latency signal conversion [3]. We will describe system architectures for low-latency applications.

The spectral congestion in low frequency bands can be mitigated by the use of the THz region where the occupancy of the bands is not very large. If we look at the history of the radio technologies, the congestion of the developed radio spectrum such as high-frequency (HF), very-high-frequency (VHF), and ultra-high-frequency (UHF) became very severe as used commonly in communications and sensing. That implies that the congestion in the THz region would be also very severe when the THz radio links are commonly used to construct beyond 5G or 6G systems. Thus, in order to offer high-performance radio services for simultaneous realization of eMBB, mMTC and URLLC, we have to pursue the two directions: exploration of high frequency carrier and enhancement of spectral efficiency. 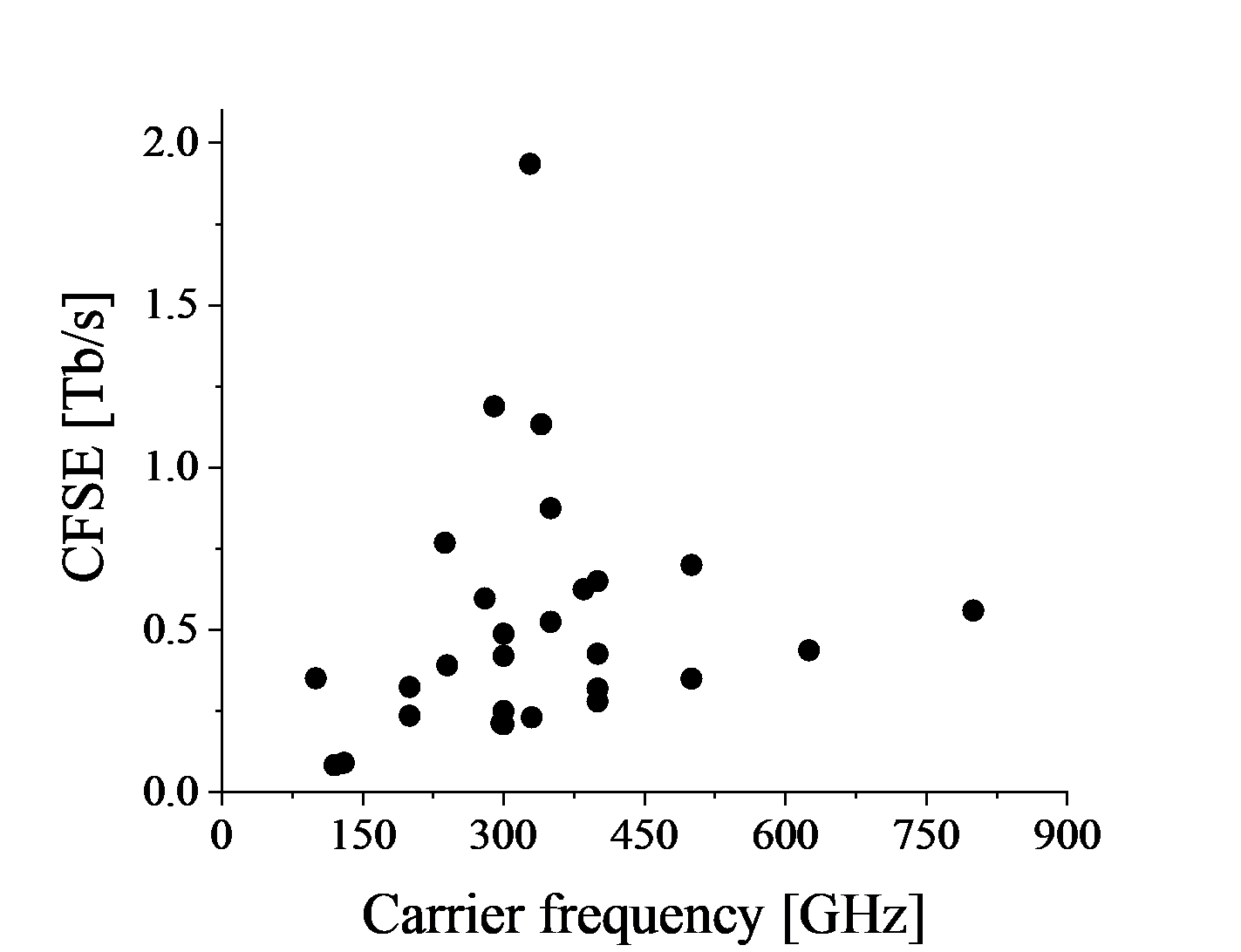 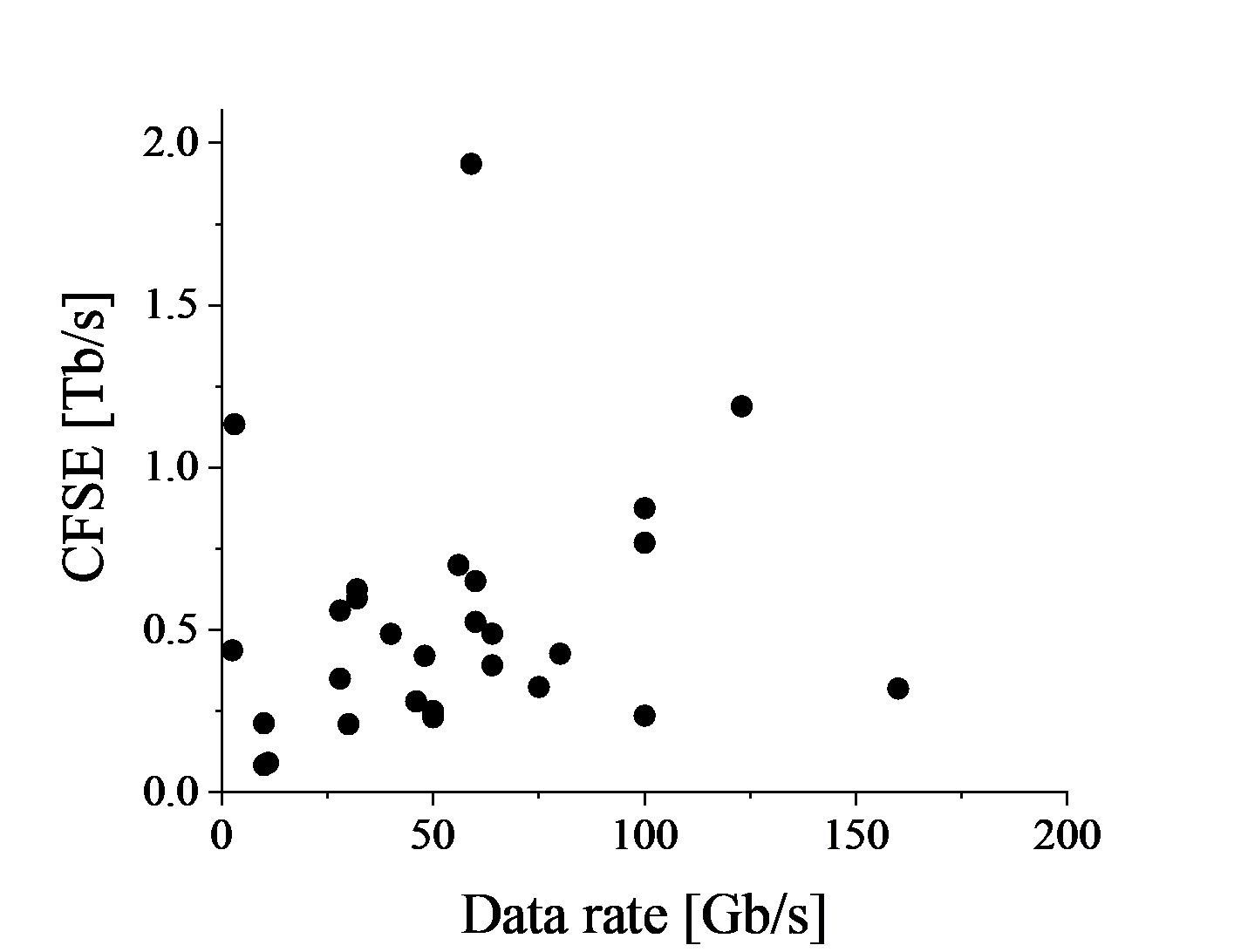 Figure 3 shows a configuration of the network connecting BSs and RAUs by optical fibers and THz/MMW links [3]. A BS consists of a baseband unit (BBU) and antennas (or RAUs). The BBUs, which are connected to the backbone network through mobile backhaul (MBH), bridge digital signals over fibers and waveforms for radio-services. Mobile fronthaul (MFH) transfers the waveform to connect the BBUs and RAUs directly. Beyond 5G or 6G would require many interfaces converting signals to bridge different transmission media. 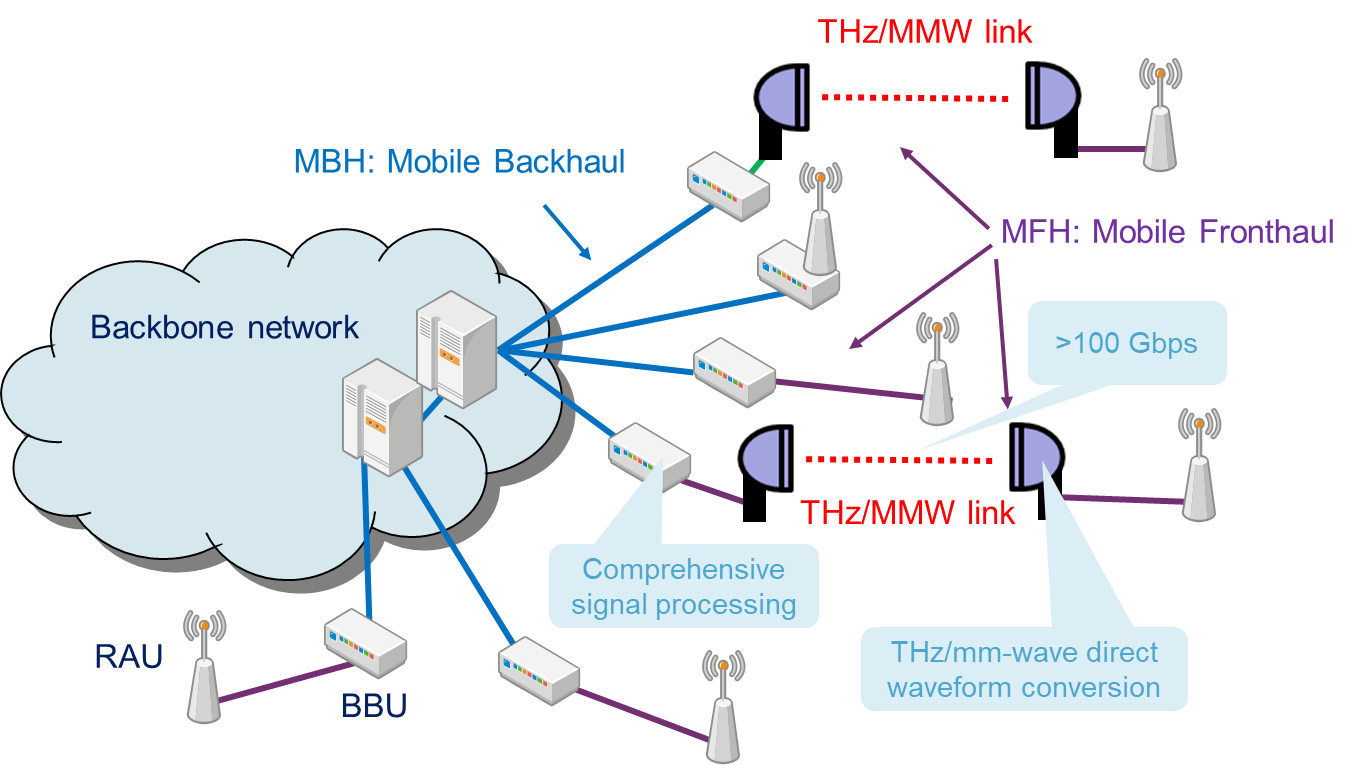 Both in the optical and radio links, digital coherent technique is commonly used to increase the spectral efficiency, where the phase of the detected signal is estimated by using digital signal processing (DSP) units. If we use the conventional optical and radio links which are bridged through baseband digital signals, many DSP units are needed both in the optical and radio parts. On the other hand, radio-over-fiber (RoF) offers radio waveform transfer over fibers, where photonic signals can be directly converted into THz-waves by using optical-to-electric (O/E) and electric-to-optical (E/O) conversion devices designed for high-speed operation up to a few hundred GHz. However, it would be rather difficult to have direct E/O or O/E conversion in THz region. Figure 4 shows a configuration of IF-over-fiber (IFoF) where the THz carrier is generated in the radio front-end (FE) unit by using a frequency multiplier. Even in RoF/IFoF-based systems, DSP would be required at the RoF transmitter (Tx) and receiver (Rx), for detection of multi-level signals or compensation of signal deformation. However, the number of required DSP units would be much smaller than in the conventional systems, so that the total latency in the RoF/IFoF based seamless network shown in Fig. 4, would be much smaller than in the conventional systems [6].

Recently, a seamless network dedicated for high-speed rail has been demonstrated by using an actively controlled RoF network as shown in Fig. 5 [7]. The RoF-based seamless network was controlled by the train location information to offer handover-free operation. The configuration shown in Fig. 5 is called “linear cell”, where lineally shaped coverage along a railway track can be formed by RAUs connected by optical fibers. Each RAU has a small linear cell whose length is a few hundred meters. The linear cell configuration can also provide high-resolution imaging which can be used for foreign-object-debris detection on airport runway surfaces, where many radar heads connected through RoF [3]. The Linear cell configuration offers 1-dimensional linearly shaped coverage, where the number of required RAUs is proportional to the coverage length. It should be noted, a lot of RAUs are required for beyond 5G or 6G applications, because 2-dimensional wide coverage is needed, where the cost of the RAUs should be much lower than in linear cell systems.

On the other hand, recently, a very simple seamless links has been proposed to offer non-line-of-sight pedestrian detection, where a received signal from a car is directly converted into a frequency-double signal as a response from a transponder carried by a pedestrian [8]. The transponder cost would be very low, while the latency in the response should be minimized.

Seamless networks with various types of transmission media including THz wave are required to offer the three important 5G features (eMBB, mMTC and URLLC) all together by one platform. Even in THz bands, the spectrum congestion would be an important issue. We have reviewed the state-of-the-art THz transmission systems, by using the CFSE (carrier frequency spectral efficiency product) which describes contribution to the mitigation of the spectral congestion. In the seamless networks with RoF (radio-over-fiber) or IFoF (IF-over-fiber), signals in different transmission media can be directly converted to bridge the links with lightwaves and radio-waves, where the latency in DSP (digital signal processing) would be minimized.

To provide photonic and THz seamless networks, there are still many challenges in reduction of cost and power consumption of the high-speed devices. At the early stage of the deployment of the seamless networks, we can focus on the linear cell configuration dedicated for public transportation infrastructures such as railways and airports. Through such deployment, we can expect realization of low cost devices for future 2-dimensional beyond 5G or 6G networks.

The research work reviewed in this paper was partially supported by the Japanese Government funding for “R&D to Expand Radio Frequency Resources” and by the MIC/SCOPE #195003004 from the Ministry of Internal Affairs and Communications, Japan. The author would like to thank Dr. Naokatsu Yamamoto and Dr. Atsushi Kanno of the National Institute of Information and Communications Technology, Japan, for their fruitful discussions. The research project described in Section 2 is funded by Horizon 2020, the European Union’s Framework Programme for Research and Innovation, under grant agreement No. 814523, and by the Commissioned Research (No. 196) of National Institute of Information and Communications Technology (NICT), Japan. This work was also partially supported by Waseda Research Institute for Science and Engineering. 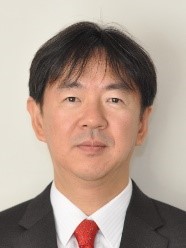 Tetsuya Kawanishi (M’06–SM’06–F’13) received his B.E., M.E., and Ph.D. degrees in electronics from Kyoto University, in 1992, 1994, and 1997, respectively. From 1994 to 1995 he was with Panasonic. During 1997 he was with the Venture Business Laboratory, Kyoto University, where he was engaged in research on electromagnetic scattering and near-field optics. In 1998 he joined the Communications Research Laboratory, (now the National Institute of Information and Communications Technology), Tokyo. During 2004 he was a visiting scholar of University of California at San Diego. Since April 2015 he has been a professor at Waseda University. His current research interests include high-speed optical modulators and RF photonics.

Rod Waterhouse received his BEng, MS, and PhD in Electrical Engineering from the University of Queensland, Australia, in 1987, 1989 and 1994, respectively. In 1994 he joined RMIT University as a lecturer, became a Senior Lecturer in 1997 and an Associate Professor in 2002.  From 2001 – 2003 Dr Waterhouse was with the venture-backed Dorsal Networks which was later acquired by Corvis Corporation. In 2004 he co-founded Pharad, an antenna and high performance RF-over-fiber technologies company of which he is the Chief Technology Officer.  From 2003 he was also appointed as a Senior Fellow within the Department of Electrical and Electronic Engineering at the University of Melbourne.  Dr Waterhouse’s research interests include antennas, electromagnetics and microwave photonics engineering.  He has over 290 publications in these fields, including 2 books and 4 book chapters. Dr Waterhouse received the grade of IEEE Fellow for his work on printed antenna and microwave photonic technologies.  Dr Waterhouse was an Associate Editor for IEEE AP Transactions during 2003 – 2009 and he is the Member at Large for IEEE Int. Topical Meeting on Microwave Photonics since 2016.  Dr Waterhouse has been on the IEEE Photonics Society Fellow Evaluation Committee since 2013 and was a Representative of the IEEE Photonics Society for the National Photonics Initiative in 2015.  In 2000, IEEE Third Millennium Medal for ‘Outstanding Achievements and Contributions’.