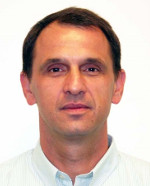 Ivan Seskar serves as co-chair of the IEEE 5G Initiative Testbed Working Group and is an IEEE Senior Member. He also serves as Associate Director and Chief Technologist of WINLAB at Rutgers University, where he is Principal Investigator for the National Science Foundation-supported GENI Wireless project. In this interview, Seskar defines 5G, discusses the ORBIT 5G Testbed and IEEE’s support for innovation and competition in 5G-related technology and standards development.

Question: At the IEEE 5G and Beyond Testbed Workshop in Toronto last fall, you joked that you didn’t know what “5G” is. Would you explain why?

Seskar: A little humor can be a good thing in public speaking, if only to make an audience sit up. When people talk about “5G” they're actually talking about a collection of technologies, most of which remain in development. It’s still not clear whether 5G will turn out to be a compound collection of various technologies or whether there will be a deeper integration that ties them all together. So when people discuss 5G in the media, they often emphasize very different technologies to explain it. So it’s a simple, umbrella term for multiple technology advancements still under development. That’s why we’re exploring use cases with the help of the ORBIT 5G Testbed.

Question: Would you describe the ORBIT Testbed and explain how this aids 5G technology development and the exploration of use cases?

Seskar: The ORBIT Testbed project officially began in 2004. The objective was to build a large evaluation testbed for wireless technology, an ecosystem of experimentation that could help us expand simulations and emulations to real-world deployments. As a simulation platform, it offered traditional approaches to validate wireless technologies. Then we began to use it to evaluate specific, competing wireless routing algorithms.

This work was based on what we call the “radio grid,” which is literally a large number of wireless nodes hanging off of a lab ceiling, where experimenters can choose a subset of nodes, inject some noise, create an arbitrary topology, and then compare the performance of different routing algorithms. That is the middle stage of evaluation of wireless protocol performance. The last stage will be an outdoor deployment, where people could perform real-world tests to see how those protocols perform. The grid approach proved to be very successful.

Today, researchers are more interested in testing heterogeneous wireless networks. At the same time, software-defined radios became more interesting platforms that allow people to implement arbitrary wireless solutions, so over time we upgraded the ORBIT testbed to include more powerful computing elements as well as more versatile software-defined radios supporting some of the 5G technologies.

WINLAB here at Rutgers University runs the ORBIT testbed. WINLAB is part of the Electrical and Computer Engineering department at Rutgers University and it's mostly funded by National Science Foundation, so it is a “public” testbed available for use by researchers for academic institutions for free. So researchers make a reservation to run their experiments on the testbed and they get exclusive access to the grid, which means they're free to deploy any kind of software they want on top of our testbed hardware and control the testbed and manage the radio devices themselves.

Question: Although 5G technologies remain in development and, as you point out, it is uncertain whether they will all be integrated or remain somewhat disparate, would you describe some of the expected benefits?

Seskar: Presumably the three main pillars of 5G will be the Internet of Things (IoT), which refers to wireless interconnectivity of a massive number and diversity of devices. The second pillar is low latency for the types of services that require really fast response times. Applications such as tactile Internet, virtual reality, augmented reality, self-driving cars – all of those real-time applications will need low-latency communications beyond what 4G technologies deliver today. The third pillar is increased throughput, meaning sharply increased data communication rates. This is an area under scrutiny because for a long time wireless research has been focused on increasing the data rate. Today there is some uncertainty about whether consumers are willing to pay more for faster data rates if they don't necessarily see the value of greater speed. The role of the ORBIT 5G Testbed is to allow people to play with these three pillars.

Of course, other technologies are behind these three pillars. For instance, massive MIMO, which stands for multiple-input, multiple-output, relies on multiple transmitters and multiple receivers to simultaneously transfer more data to and between individual terminals. There is millimeter-wave technology that provides higher bandwidth, which also supports delivery of more data to a single terminal. Various other technologies including optical fronthaul and mobile edge cloud also enable lower latency or support a massive number of devices envisioned in an IoT-type application.

Question: In what ways are the IEEE 5G Initiative and/or the Testbed Working Group ensuring that 5G-related technologies benefit humanity?

Seskar: First, through articles such as this, the IEEE 5G Initiative is insuring that interested parties are aware of the ORBIT Testbed’s availability for their technology experiments. Second, the Initiative is collecting and making available information on 5G Testbeds around the world, each of which offers its own unique set of capabilities, so that researchers know what’s available. Third, the Initiative is holding global workshops in various locations around the world based on IEEE’s neutrality and its ability to convene leading 5G researchers, industry, and policy makers. As 5G technologies mature, IEEE will also play a critical role in standards development, which is critical to interoperability, innovation, market development and holding down costs so that these advancements become widely available to everyone. Only an organization with IEEE’s scale, credibility and global reach can do these things and, ultimately, that will benefit humanity.