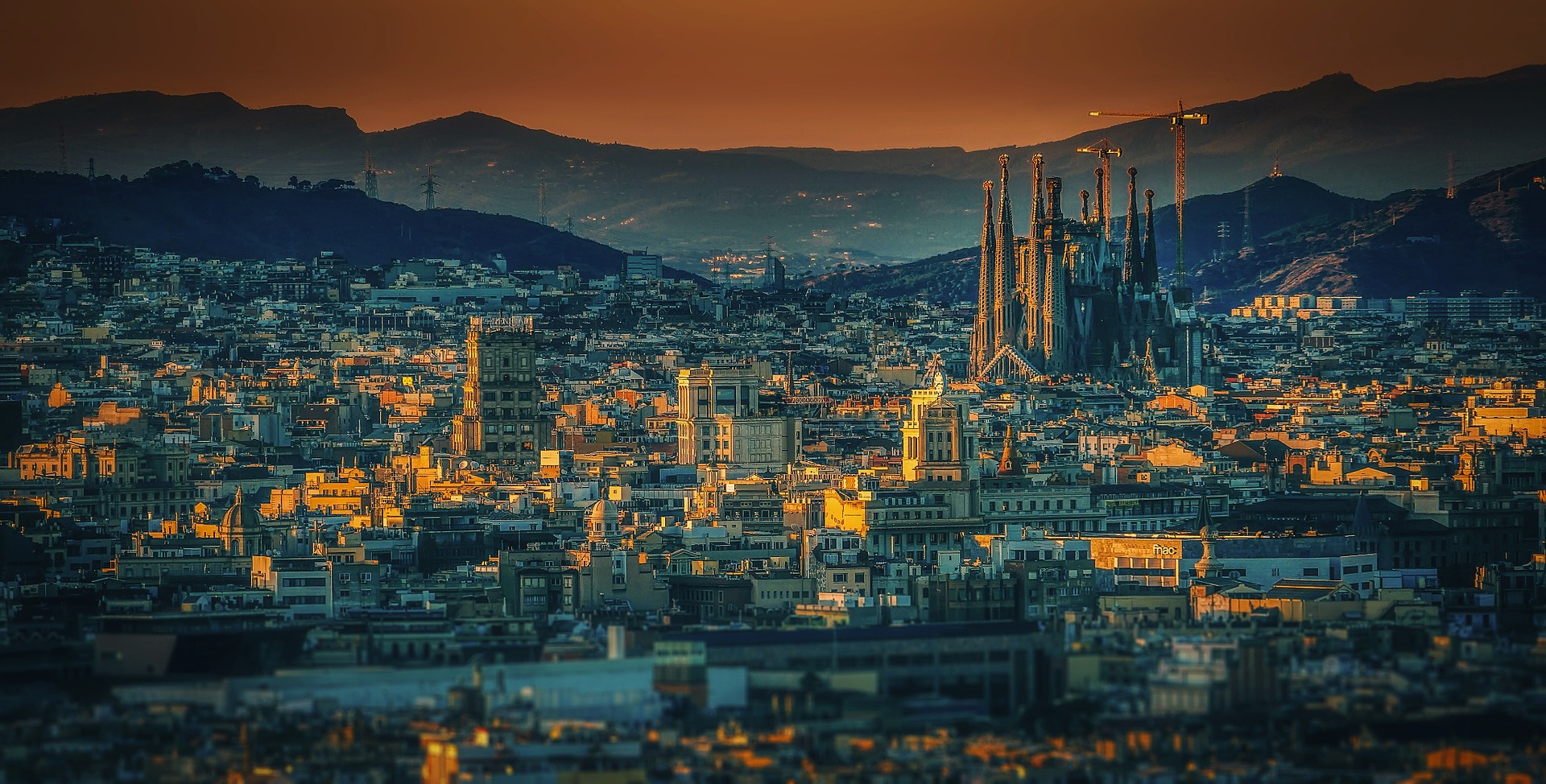 System Optimization for the 5G Era

IEEE, the world’s largest professional organization advancing technology for humanity is hosting a  Future Technology Workshop focusing on System Optimization for the 5G era in the backdrop of Mobile World Congress, Barcelona on Thursday, February 27, 2020.

This workshop is sponsored by IEEE Future Networks Initiative and is aimed to bring together researchers, scientists and architects from industry, academia and governments who are actively engaged in discovery of various sciences and inventing novel techniques for optimization of 5G era systems. This workshop is expected to serve as a catalyst to: 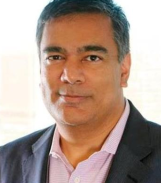 Vish Nandlall is the Head of Emerging Technologies and Ecosystems at Dell-EMC. He served as CTO for Ericsson North America, where he designed their regional market strategy and technology roadmap. Foremost among Vish’s accomplishments during his tenure with Ericsson, he led the resolution of AT&T 3G performance issues plaguing the firm. He also organised a market-by-market analytics initiative, identified signaling and network design flaws, and rolled out features efficiently in under a year to move all markets to target levels of retain ability.

Vish Nandlall also developed and executed a plan to deliver five emerging business organizations, including Cloud, SDN, OSS/BSS, Video, and Mobile Enterprise. These businesses realized an annualized $2 billion in new revenue at a time when the North American market revenue was $9 billion total. This success hinged on Vish’s ability to develop a portfolio through R&D prioritization, an effective M&A plan, and management of the service and sales support recruiting and training.

Vish Nandlall began his career at Nortel Networks, where he started in 1995 by leading the design of the world’s first distributed call processing platform. Over the course of the next ten years, he went on to pioneer 10Gbps IP forwarding, act as a key contributor and author of the Verizon A-IMS specification, and even lead the industry’s first LTE trial system. In 2005, Vish was named Nortel’s CTO for the Carrier Network Group as well as a Nortel Distinguished Engineer for his technical leadership across the firm’s IP, optical, and wireless products.

Vish holds a Bachelor of Science in Engineering, First Division, with a focus in Electrical Engineering, from the University of New Brunswick. He has been published several times, holds multiple patents, and has been listed by Wireless World as one of their Global 100 Wireless Experts. In 2016, he was inducted to the “Knowledge Nation 100” for his contributions to the country’s innovation agenda. Global Telecom Business listed him as one of their “50 CTOs to Watch.”

He speaks regularly at conferences, and has recently presented on topics including, “Building an IoT Strategy” at MWC 2016 and “Software Defined Transportation” at the 2016 NSW Transport Summit. Highly active within his community, Vish Nandlall has served as a director and policy chair for TIA. He also sits on the ATIS board, the FCC technology advisory committee, the Cloud Foundry board, and the EMC (now Dell Technologies) technology advisory board.

Vish shares his point of view and insights on topics like IoT and Big Data on http://vishnandlall.org/ 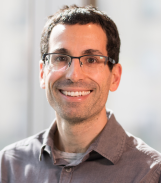 Dr. Eduard Grasa graduated in Telecommunication Engineering at the Technical University of Catalonia (UPC, July 2004) and got his Ph.D. (UPC, February 2009). In 2003 he joined the Optical Communications Group (GCO), where he did his thesis on software architectures for the management of virtual networks in collaboration with i2CAT, which he joined in 2008. He has participated in several national and international research projects, dealing with network virtualization, management and orchestration. His current interests are focused on the Recursive Internetwork Architecture (RINA), a fundamental new internetwork architecture that radically simplifies networking. He has been the technical lead of the FP7 IRATI project, where a RINA Prototype for Linux over Ethernet was developed; and the technical lead of the FP7 PRISTINE project, investigating the programmability and distributed management aspects of RINA. Right now is acting as the technical lead of the H2020 ARCFIRE project, working on large-scale RINA experimentation using the FIRE+ testbeds. 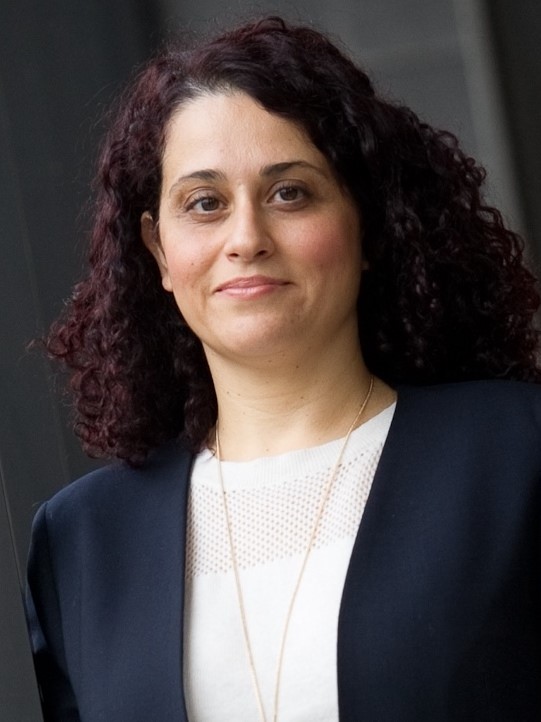 Dr. Melike Erol Kantarci is a leading expert on wireless communications, AI-enabled networks, smart grid and electric vehicles. She is a Tier 2 Canada Research Chair in AI-enabled Next-Generation Wireless Networks and an associate professor at the School of Electrical Engineering and Computer Science at the University of Ottawa. She is an influential researcher with more than 100 peer-reviewed, well-cited publications. Her pioneering work in smart grid communications has received several awards and recognitions. She has co-edited two books and delivered many invited talks around the globe. She has acted as the general chair and technical program chair for many international conferences and workshops. She is the Chair for the special interest group (SIG) of the IEEE ComSoc on “Machine Learning-Enabled Communication Software” and the Chair for “SIG on Green Smart Grid Communications”. She is a senior member of the IEEE. 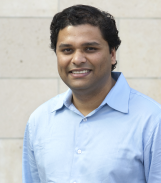 Dr. Sachin Katti is an Associate Professor of Electrical Engineering and Computer Science at Stanford University and also the Director of the xRAN Foundation. He is also Co-Founder and ex-CEO of Kumu Networks which is commercializing his research on full duplex radios. He received his PhD in EECS from MIT in 2009. His research focuses on designing and building next generation high capacity wireless networks by combining techniques from information and coding theory, RF systems, and networking. His research has won numerous awards, including the 2008 ACM Doctoral Dissertation Award - Honorable Mention, the George Sprowls Award for Best Doctoral Dissertation in EECS at MIT, the IEEE William Bennett Prize, the Best Student Paper Award at ACM SIGCOMM 2012, USENIX ATC 2013, the Sloan Fellowship, the NSF Career Award as well as Okawa, Hooover, Packard and Terman Faculty Fellowships. 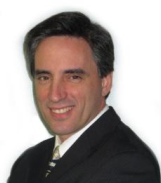 Benoit Pelletier is the Co-founder of the 5G ENCQOR project and executive member of Innovation ENCQOR; a NPO created to deliver this collaborative innovation project across Quebec-Ontario corridor, Benoit Pelletier is currently director, Business Development and ENCQOR’s Program Lead within Ciena. He is involved in developing new business opportunities, partnerships and/or alliances as well as fostering innovation through collaborative ecosystems and synergy with Universities and Small & Medium Enterprises.

Passionate about creativity, “Innovate or Evaporate” has been its mantra over the last 30 years in different industry markets: Telecom at Ciena and Nortel, Transport at Bombardier and Aerospace at Oerlikon Aerospace. Benoit held a number of positions within design, system integration, program management and business development. Broad knowledge in Product Development, Cost Management and expertise in New Product Introduction of cutting-edge technologies and government relationships. Benoit holds a Bachelor of Electrical Engineering degree from Sherbrooke University.

Dr. Ashutosh Dutta is currently Senior Wireless Communication Research Scientist at Johns Hopkins University Applied Physics Labs (JHU/APL). Most recently he served as Principal Member of Technical Staff at AT&T Labs in Middletown, New Jersey. His career, spanning more than 30 years, includes Director of Technology Security and Lead Member of Technical Staff at AT&T, CTO of Wireless at a Cybersecurity company NIKSUN, Inc., Senior Scientist in Telcordia Research, Director of Central Research Facility at Columbia University, adjunct faculty at NJIT, and Computer Engineer with TATA Motors. He has more than 90 conference and journal publications, three book chapters, and 30 issued patents. Ashutosh is co-author of the book, titled, “Mobility Protocols and Handover Optimization: Design,Evaluation and Application,” published by IEEE and John & Wiley that has recently been translated into Chinese Language. Ashutosh served as the chair for IEEE Princeton / Central Jersey Section, Industry Relation Chair for Region 1 and MGA, Pre-University Coordinator for IEEE MGA and vice chair of Education Society Chapter of PCJS. He co-founded the IEEE STEM conference (ISEC) and helped to implement EPICS (Engineering Projects in Community Service) projects in several high schools. Ashutosh currently serves as the Director of Industry Outreach for IEEE Communications Society and is the founding co-chair for IEEE 5G initiative. He also serves as IEEE Communications Society’s Distinguished Lecturer for 2017-2018. He was recipient of the prestigious 2009 IEEE MGA Leadership award and 2010 IEEE-USA professional leadership award. Ashutosh obtained his BS in Electrical Engineering from NIT Rourkela, India, MS in Computer Science from NJIT, and Ph.D. in Electrical Engineering from Columbia University under the supervision of Prof. Henning Schulzrinne. Ashutosh is a senior member of IEEE and ACM.

Kaniz Mahdi Kaniz Mahdi is Vice President of Advanced Architectures at Ciena. In this role, Kaniz is responsible for Ciena’s technology vision, architecture, discovery and verification with industry and academia to drive new growth opportunities for Ciena. Her current area of focus is self-learning systems and Applied Intelligence.

Kaniz spent the last few years as VP/Head of Architecture at Ericson shaping technology landscape for the multi-faceted transformation of telecommunication industry with Cloud, SDN, and 5G. Prior to joining Ericsson, she headed Communications Services Standards Research at Huawei Technologies, and held various roles in Systems Architecture and Product Design at Nortel Networks. Kaniz has a stellar record of continuously pushing the envelope on new technologies with 45 patent grants and over 90 publications on Multimedia Broadband and Software Defined Systems. She holds a Bachelor of Engineering in Electrical Engineering and a Master of Science in Telecommunications.

Dr. Luis Velasco received the M.Sc. degree in Physics from Universidad Complutense de Madrid (UCM) in 1993 and the PhD degree from Universitat Politecnica de Catalunya (UPC) in 2009. In 1989 he joined Telefonica of Spain and was involved on the specifications and first office application of Telefonica's SDH transport network. In 2004 he joined UPC, where currently he is a full professor at the Department of Computers Architecture (DAC). He has co-authored more than 200 papers in peer-reviewed International Journals and Conferences, as well as two books related to Elastic Optical Networks. He is serving as an Associate Editor of the IEEE/OSA Journal of Optical Communications and Networking (JOCN) and in the TPC of several international conferences as well as reviewer of international journals. He has participated in various European research projects. He received the ICREA Academia award in engineering sciences in 2015. His interests include monitoring and data analytics aspects for the service and network layers.

Dr. Meryem Simsek is a Senior Research Scientist at the International Computer Science Institute and a visiting scientist at UC Berkeley since October 2016. Since 2014, Dr. Simsek is also a research group leader at Technical University Dresden, Germany. She earned her Dipl.-Ing. degree in Electrical Engineering and Information Technology and her Ph.D. on “Learning-Based Techniques for Intercell-Interference Coordination in LTE Advanced Heterogeneous Networks” from the University of Duisburg-Essen, Germany in 2008 and 2013, respectively. Her current research focuses on end-to-end modelling and optimization of emerging wireless systems, heterogeneous wireless networks, achieving high reliability and low latency in 5G networks, and machine learning-based resource management. Further research interests are based on developing novel tools for wireless network management, wireless edge automation, and autonomous wireless networks. She is the recipient of the fellowships by the German Physical Society (2004-2005) and the German National Academic Foundation, which is only granted to the outstanding 0.5% students in Germany (2004-2008).

She holds the titles of the first electrical engineering student who has graduated before the regular duration of study and the best Diplom-graduate in Electrical Engineering at the University of Duisburg-Essen (2008). Dr. Simsek has authored more than 60 publications and has received the IEEE Communications Society Fred W. Ellersick Prize 2015 for her IEEE Communications Magazine paper “When Cellular Meets WiFi in Wireless Small Cell Networks”. In addition, she has initiated and is chairing the IEEE Tactile Internet Technical Committee and is serving as the secretary of the IEEE P1918.1 standardization working group, which she has co-initiated.

She is also holding the honorary positions of the “industry and student activities coordinator” in the IEEE Women in Communications Engineering (WICE) committee and vice-chair of the IEEE ComSoc Mobile Communication Networks Standards Committee (MobiNets SC).